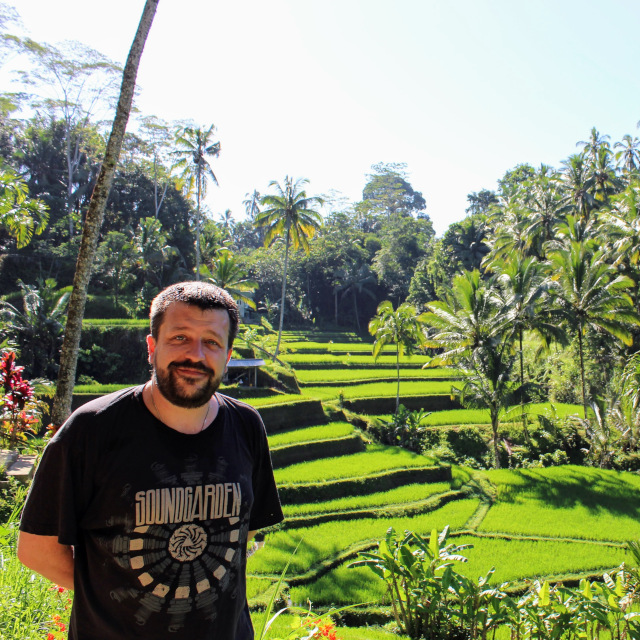 My book on sabbaticals

Matthew Sawasy  published on 2022-10-24 included in  category Miscellaneous
After years of picking away and poking at a keyboard, I have finally published my book! The Sabbatical Guidebook As you can see from the book’s cover image the book is called The Sabbatical Guidebook - The Nuts, Bolts, and Everything Else You Need to Plan Your Sabbatical Adventure. It is exactly that. I have poured all of my experiences, conversations and research into this slim tome. It’s as pragmatic and concise as I could keep it, without being dry.
Read more...
sabbaticals, book, writing

Matthew Sawasy  published on 2022-03-26 included in  category Travel
In April 2017, I was staying at a hostel in Paris waiting for snail mail as a part of my visa application process. During this stay thefts were occurring in our dorm room. There were three of us that were staying in the room for a longer period time. The people who stayed shorter terms were being stolen from. Suspicion was of course on us three. Then we three were stolen from.
Read more...

That Time I Accidentally Hacked My Neighbour

Matthew Sawasy  published on 2021-04-19 included in  category Technology
Working from home, I take many meetings. During the meetings, it was apparent I was having networking issues. Calls dropping and people saying my picture was very pixelated. Other participant’s video seemed fine to me, however. During my regular work, I didn’t have many issues. After much sleuthing, I figured out the issue: My work laptop’s internal antenna wasn’t adequate to send the signal through all the walls to the router.
Read more...
hacking, The Internets

Matthew Sawasy  published on 2021-04-18 included in  category Technology
When I started this blog in 2013, I wasn’t really planning to. A friend convinced me to keep a place of technical musings and such. Sure why not. Over the years, it grew to include photos and other non-technical posts, such as Matt’s movies you may have missed or my GTD process. While I enjoy writing these posts, they do take some time. However, writing posts hasn’t take as much time as site maintenance.
Read more...

Ghost towns of BC

matt604  published on 2019-12-23 included in  category Travel
A few years ago, it came to my attention that British Columbia had a number of old ghost towns. A lot of old towns that sprung up around the turn of the 20th century in relation to various industry such as mining, lumber or the railway. One such place, called the Valley of the Ghosts, piqued my interest. It’s based around the ghost town of Sandon, which is not far from Nelson.
Read more...

matt604  published on 2019-12-20 included in  category Travel
One of the quirks of staying in Thailand for extended periods is doing “Border Runs”. Thailand has visas on arrival for people from many countries. This visa is good for 30 days. During that 30 days, you can apply to extend your visa another 30 days. This entails presenting documentation of who you are, where you are staying, pictures of you, bank statements, and 1900 Baht (~80$ CAD) to a customs officer after lining up before the office opens and then sitting in a room for a long while.
Read more...

matt604  published on 2019-08-28 included in  category Travel
Before heading off to South East Asia, I spent the Winter Holidays in Vancouver with friends and family. Pretty much as soon as I arrived, I fell ill. Perhaps it was the road weariness catching up with me as well. Before I left, I had the pleasure of dropping my family off at the airport for their trip to the UK. It was fun to be on the other side of the interaction for a change.
Read more...